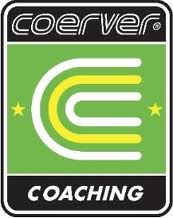 The Center of Excellence camps are available to players between the ages of 10-14. Ball Mastery Techniques will be the foundation for each camp day. We will then cover our most advanced moves as well as, reinforce the teaching of our core moves with increased difficulty through verbal and visual cues. 1v1 moves will always be taught in conjunction with passing and receiving techniques, combinations and patterns. 1v1 games will be driven primarily through verbal and visual cues. A formerly simple decision making process in a 1v1, now becomes a multi-layered decision process. Players must come into the camp with a strong knowledge of the Coerver Move-Sets. Small group tactics are also taught and small-sided games are played featuring fast break attacking and counter attacking styles. Once a free flowing attacking style has been implemented, the players will be challenged to choose the best time to penetrate, ie. possession before penetration. The players are encouraged to play creatively and freely, and to use their new skills in games. All small sided games will directly reflect the move-set/skills of the day and put the players in non-stop problem solving situations. The players will be challenged as much mentally as they will be physically. This camp level is meant for the most dedicated travel/elite players, ONLY. Limited players per camp location.