Youth Sports Participation By the Numbers 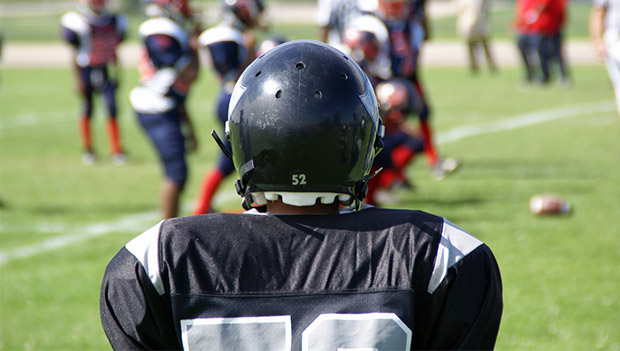 It only takes a quick look around the soccer fields, gyms and pools after school and on weekends to realize that youth sports are huge. But just how big is participation in the U.S.? Who's playing and why? And more importantly, who's not playing?

With childhood obesity plaguing one in three American children, participation in youth sports is becoming an increasingly important tool for keeping kids healthy.

In 2013, ESPN called youth sports "so big, no one really knows how big." Project Play, a report by the Aspen Institute in 2016, stated that three out of four American households have at least one school-aged child participating in youth sports but that only translates to 56.6 percent of American children, despite all the proven benefits.

Hint: It's About Money

Across the board, more boys play youth sports than girls and suburban children play more than kids in an urban or rural setting. Location is the key to accessing fields and facilities, but the biggest predictor of participation is the parents' income.

Not only do youth sports cost money but they also require a large time commitment from athletes and their parents. Every weekend parents are on the sidelines with kids of all ages; in fact, ninety percent of parents attend at least one game a week if their children play sports.

For those children who do participate in youth sports, 60 percent of boys and 47 percent of girls are on a team by the age of six. Perhaps that's because parents have caught on to the lifelong benefits of youth sports. Children who start participating in sports between ages 6 to 12 have 40 percent higher test scores, 7 to 8 percent higher lifetime earnings, a 15 percent increased likelihood of college attendance and a significantly lower instance of obesity.

Though roughly 45 million children are playing an organized sport, that number is actually down from 2008 and, according to the Open Access Journalism of Sports Medicine, 80 percent of youth athletes have quit after age 15.

There are a few possible reasons, from the economy to demographics, to concern over injury. Since 2009, 25 percent of parents have considered keeping their kids from playing due to concerns about concussions. During that same time period, participation in youth football fell 18 percent with other contact sports reporting declines as well.

Sports governing bodies are taking notice, but the adjustment is slow. Pop Warner banned kick-offs, and USA Football is working to train coaches in Heads Up Football, with 43.8 percent reporting complete training in 2015. U.S. Soccer has eliminated headers for kids under 10 years old and recommended limited heading for kids ages 11 to 13. Hockey and rugby have also made adjustments, banning body checking and tackling before age 13.