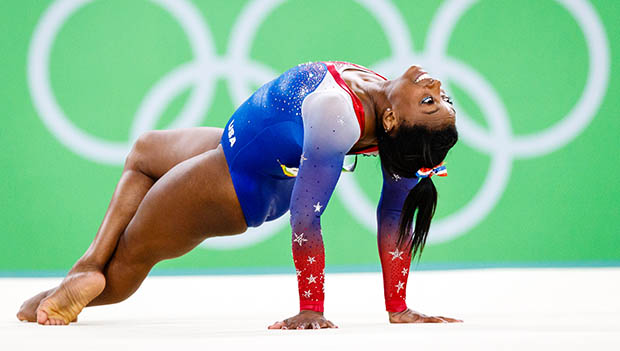 Did you know that March is National Women's Month?

At ACTIVE Kids, we wanted to celebrate in style by highlighting some amazing female athletes who have not just dominated their sport, but are excellent role models for our young athletes to look up to as well. These women have a few things in common—they've all displayed a strong competitive spirit, have enjoyed long, distinguished careers and have brought their sport to the mainstream through their performances, positivity and activism.

Your little ones may have heard of some of these athletes, but we've included women from a wide range of sports to help broaden their horizons—including cycling, triathlon, ballet and more.

Without further ado, here are seven incredible women athletes all kids (regardless of gender) should know!

Who are some of your female athlete role models? Let us know in the comment section below!

"I want to be motivational and inspirational for everybody: My big aim is more women on bicycles."

This three-time world road race champion and seven-time world cyclocross champion won her first senior cycling race at 19 after claiming many junior racing titles. Her love of cycling started with her first bike at as early as 6, and she was racing by the time she was 8. Her passion and confidence as a female athlete is contagious; learn more about Vos here.

"The success of every woman should be the inspiration to another. We should raise each other up. Make sure you're very courageous: be strong, be extremely kind and above all, be humble."

One of the most recognized female athletes of all time, Serena Williams has dominated women's tennis since the late '90s when she won her first grand slam at 17. Today, she holds 23 Grand Slam singles titles (more than any woman or man in the Open Era), and four Olympic gold medals. Fierce, powerful and successful, Williams is an inspiration to athletes of all ages.

"I always just focus on what my own goals are and not what anybody else's goals for me are or their expectations. I just know that my family will always be supporting me and my friends and my coaches. And as long as I put in the hard work and know that I'm giving it my best effort, I will always be happy."

Katie Ledecky broke out at the 2012 London Olympics when she was just 15, and now holds five Olympic gold medals and 15 World Championship gold medals (the record for female swimmers). Over her career she's broken fourteen world records. Ledecky's dedication and passion for her sport fuel her ability to achieve the unexpected—a powerful message for our young athletes to keep trying and believe in themselves!

"I always say you should be very careful with the voices you listen to. My closest voices have always told me 'YOU CAN'."

Currently working with the San Antonio Spurs, Becky Hammon made history as the first full-time female assistant coach in the NBA when she was hired in 2014. While a pioneer herself, she's quick to recognize the many women who paved the way before her so she could get into basketball in the first place. She was first a player who fell in love with the game at a very young age and didn't allow the lack of recruiter attention in high school stop her from chasing her dreams.

While she didn't get into classical ballet until she was 13 (a considerably late start for a classically trained, professional ballerina), Misty Copeland received her first award in ballet at the age of 15. She continued to shatter expectations and break barriers as she went on to become the first African American woman to ever be promoted to principal dancer in the American Ballet Theatre. Her story is a message of the powerful impact we can make in the world by pursuing what we love regardless of the message that long-standing societal structures may send. Learn more about the life and story of this iconic female athlete here.

At a mere 4 foot 11 inches tall, Simone Biles is one of the greatest gymnasts of all time both on and off the competition floor. She has earned 30 Olympic and world championship medals in total, which is more than any other American gymnast. Biles' determination, positivity and sheer passion for what she does make her an inspiration to aspiring gymnasts and other athletes across the world. Click here to read more about her story and what lead her to achieve her dreams and inspire so many others!

"You put me in a race where there's a lot on the line, especially when people tell me 'you can't win,' or 'you're too small,' you tell me those things and I'll find a way to prove you wrong."

IRONMAN triathlon is one of the hardest races in the world—it's made up of a 2.4-mile swim, 112-mile bike ride and a marathon-distance (26.2-mile) run. Professional Australian triathlete Mirinda Carfrae is one of the most recognized and prolific triathletes, known for her come-from-behind victories on the run portion of the race. She has won three IRONMAN world championship titles in her career, and several other victories on courses around the world—setting both course and marathon records while doing so. Learn more about her start, story and inspiration by visiting her webpage here.

READ THIS NEXT: 7 Inspiring Female Figures in Art and Science