Does Heads Up Football Make the Sport Safer for Kids? 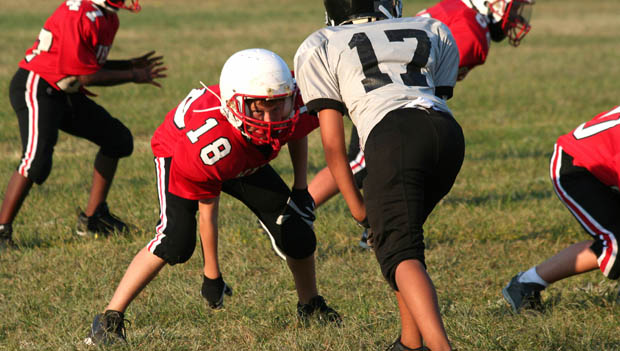 As we learn more about the long-term effects of concussions, parents are becoming more hesitant to let their children play football.

To improve the safety of players and keep kids playing the sport, USA Football has created Heads Up Football, a program that teaches everything from proper equipment fitting to better tackling techniques. However, reviews of the program are decidedly mixed.

Overall, the information on USA Football's website is a step in the right direction. The program's goal is to establish certified coaches who will be able to perform its four pillars correctly: equipment fitting, concussion awareness, heat and hydration, and heads up tackling.

There isn't a parent out there who would argue against having their kids' coaches more knowledgeable about the four pillars, but the program's effectiveness is called into question because the certification can be obtained online in 90 minutes and it isn't even a requirement.

All coaches should receive training on how to keep players safe, and, particularly in football, be aware of the symptoms of concussions. While you can't fault the NFL—which helps fund Heads Up—for doing something to get the information out there and make the game safer, the program's purpose appears to be damage control due to the discovery of Chronic Traumatic Encephalopathy (CTE), "...a progressive degenerative disease which affects the brain of people who have suffered repeated concussions," which can result in memory loss, depression, poor impulse control and dementia.

In the 2015 offseason, San Francisco 49ers linebacker Chris Borland retired after his first year in the NFL.

"From what I've researched and what I've experienced, I don't think it's worth the risk," Borland said.

A statement like that is concerning for the NFL, as it wants young people to continue playing the sport. But does the main focus of Heads Up Football—the "heads up" method of tackling and blocking—help combat this concern?

It depends who you ask.

The NFL says it does, and so do head coaches such as Marvin Lewis, Pete Carroll and John Harbaugh; all of whom appear in the introductory video on USA Football's Heads Up page. The idea is that keeping your head up while attempting to tackle someone will avoid helmet-to-helmet blows that can lead to concussions.

But others say this is nothing more than a marketing ploy and telling parents football can be safer is a joke. As retired player Nate Jackson said in an interview with ESPN:

"The tackling techniques are 'laughable,' he said, when applied to game and practice situations, with players moving at high speeds and colliding from different angles with their heads."

The NFL and youth sports leagues are trying to make the sport safer than it was before. What they're offering with Heads Up Football is the difference between "many injuries" and "fewer injuries."

For some parents, the risks are still too high. Many will want more answers regarding CTE and a greater reduction in concussion rates before entertaining the idea of letting their child play.

For others, a lowered risk is the best one can hope for when playing such a violent but beloved sport. There are, of course, risks in any sport. It's up to parents to decide if those risks outweigh the rewards.

Find football camps and classes near you.