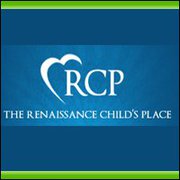 Vex IQ Robotics - Ultimate Robotics For Ages 10 to 14 This is a dual purpose summer camp. Campers unfamiliar with robotics and VEX will learn the basics of building, driving and programming VEX robots. Students will learn through a hands-on, project-based approach. Campers will learn the game, work on creating their design notebooks, building and modifying clawbots, game strategy and advanced programming skills using RobotC. Campers will design and build robots to compete in a Robot Rally! Some robots campers can build include the Clawbot IQ, Armbot IQ, V-Rex, Ike, Linq, Slick, Allie, Stretch, Kiwi Drive Bot, Quadrupled, and Speed Build Bot. Ages 10 and up with some experience with LEGO NXT or EV3 or VEX robotics. Individual and/or group projects for advanced students wanting to explore larger and more complex robots. Robot systems include LEGO NXT and EV3 and VEX. Programming is done with Mindstorms or RobotC.

More activities from The Renaissance Child