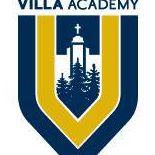 Sean Osborn has traveled the world as soloist and chamber musician, and during his eleven years with the Metropolitan Opera Orchestra. He has also appeared as guest principal clarinet with the New York Philharmonic, Pittsburgh Symphony, Seattle Symphony, and others. The New York Times dubbed him “...an excellent clarinetist,” and the Boston Globe called him “...a miracle.” Every year, Sean's students participate in the Seattle Youth Symphony, WMEA All-State Band and Orchestra, and the State Solo and Ensemble Contest, and other fine activities. His former students include professional orchestral clarinetists, university professors, and students at Juilliard, Eastman, Rice, and other fine music schools. He has presented master-classes throughout Japan, Europe, North America, and founded the Clarinettissimo clarinet festival. Sean is also an award-winning composer. Visit him online at www.osbornmusic.com