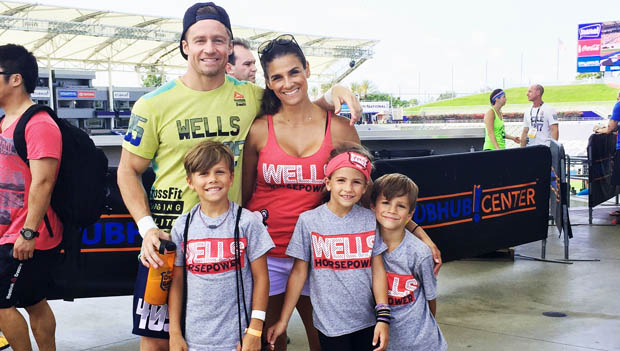 Whether you're finding out how somebody got "catfished," learning who got voted off the island, or watching "real" housewives bicker with each other, every network has gotten in on the genre.

Dan Wells represents CrossFit on the show. Wells, who is a CrossFit Level 1 and 2 trainer and owner of CrossFit Horsepower gyms in Los Angeles, finished 14th in a pool of 20,000 athletes in his division at the CrossFit Games last year before he was cast for STRONG.

Wells describes the show as The Biggest Loser meets Dancing with the Stars, as pairs of contestants compete in different challenges each week before facing eliminations to see who will be the last team standing. According to Wells, the show isn't just about dropping pounds, it's about helping people achieve overall health.

"People no longer just want to see obese people lose weight in an unhealthy way," he says. "People want to see strength. It's almost cliché now, but strong is the new skinny. People want to be strong, capable human beings and that's what we're creating with this show." 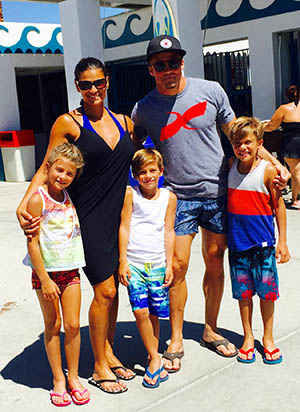 After graduating college, he was depressed and overweight. He realized he had to take his health more seriously after his father passed away at the age of 52 of a heart attack. That's when he turned to fitness and nutrition.

"Initially I tried multiple training styles," Wells says. "My greatest results have come from the CrossFit methodology, not only personally by getting into the best shape of my life, but also reaching the top one percent of CrossFitters worldwide and going to the games last year."

After experiencing the benefits firsthand, Wells opened the first CrossFit Horsepower gym location. As satisfying as his personal accomplishments have been, his most rewarding experiences have come from helping others.

"Witnessing the changes in all my clients and seeing so many before and after pictures of people whose lives have been changed forever is just amazing," he says. 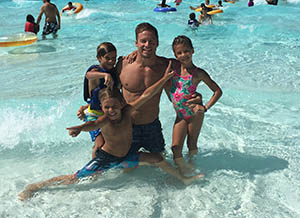 As a father of three, Wells recognized the benefits CrossFit could hold for children as well, which is why he teaches a kids class at his Studio City location twice a week. But just because it's called a CrossFit Kids class, don't expect to see any eight-year-olds cranking out deadlifts at these sessions.

"CrossFit's just a label for the things that we do, but call it CrossFit, call it FunFit; whatever you call it, it just needs to be fun," Wells says. "You want kids to have a very positive association with fitness, and the way to do that is with fun, by creating adventures and activities."

One way Wells mixes fun into workouts is by setting up an Indiana Jones-style obstacle course. Kids are split into teams of two and have to make their way through the course with the coveted idol (played by a six-pound medicine ball).

Use creativity and adventure to make exercise activities more fun for kids.

Wells also teaches kids proper squatting and lifting techniques to help them get through the course as efficiently as possible.

"Once they go through [the course], they can see their time and talk about it to figure out how to do it differently and work through it faster as a team," Wells says. "That way, they're also using their minds."

Just like with his adult clients and the contestants on STRONG, Wells says the most rewarding part of the experience is witnessing the transformation.

"It's amazing to see as a kid becomes more familiar with his body, how his confidence changes, how things that may have seemed daunting, whether it's homework assignments or just social interactions at school, are no longer scary for kids," Wells says. "It's really cool to see how fitness bleeds into other aspects of life, not only for adults, but also for kids."

More Fitness And Well Being Articles