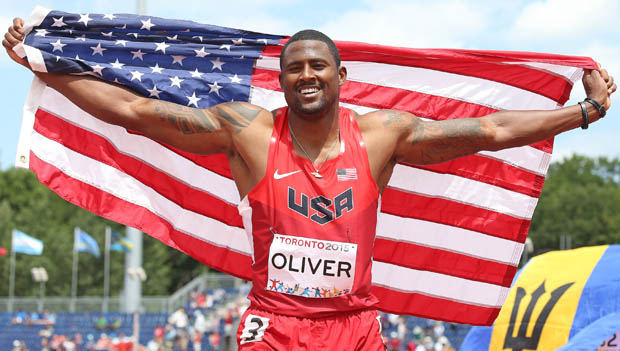 In the years leading up to this summer's Olympic Games, David Oliver has established himself as one of the world's top hurdlers. He won gold in the 110-meter hurdles at the 2013 World Championships in Moscow and again at the 2015 Pan American Games in Toronto with a time of 13.07 seconds.

Surely someone who can clear hurdles that fast would have no problem keeping up with his toddler son, right?

"You don't have any idea what being exhausted is until you've been chasing a 3-year-old all day long," says Oliver, whose son, Dawson, is now 5 years old. "It's better now that he's older and he can do some things on his own."

The 2008 Olympic bronze medal-winner acknowledges his son has energy to burn and believes team sports is the best solution, but he knows kids can get much more out of being on a team than an outlet for excess energy. 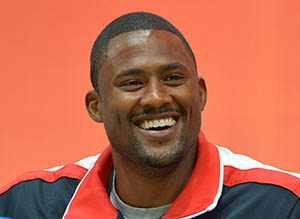 "In team sports, you learn how to deal with other kids and things you can't necessarily learn from doing things on your own," Oliver says. "I'd like to get him into teams sports at whatever age he starts showing interest in them."

When his son does start showing an interest in organized athletics, Oliver says he has no intention of pushing him toward the track. He wants his son to be able to find his own passions, a parenting tactic he inherited from his mother—who, coincidentally, was also a talented track and field athlete.

"My mom never steered me one way or another," Oliver says. "I expect it to be the same way with my son."

His plan is to give his son exposure to multiple sports, including soccer, basketball and T-ball, so he can pursue whichever activity he enjoys the most.

"I don't need him to be a track athlete and run the hurdles like me," Oliver says. "I just want him to figure out what it is he wants to do." 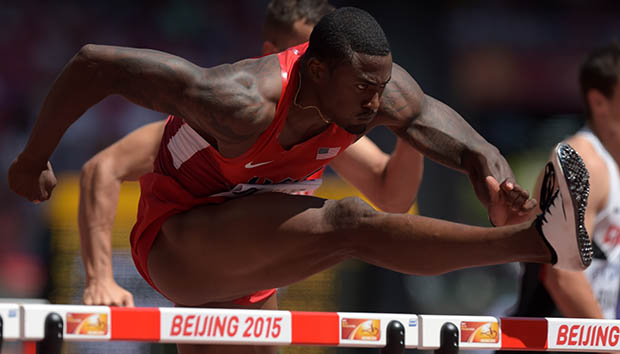 When it comes to youth athletes, Oliver believes the road to success should always begin with children enjoying the sport they're playing.

"First and foremost, you have to make sure kids are having fun," Oliver says. "That's what leads to everything else."

He says he thinks training youth athletes as if they're preparing for the next Olympics can take the joy out of sports for a lot of kids.

"Sometimes youth coaches ask me what type of training I do, but youth track athletes don't need to be doing a professional program," Oliver says.

His message to youth athletes:

"I think sports leads to a lot of self-awareness," he says. "Just have fun and learn about yourself."