David Boudia Excited to Experience Olympics as a Father 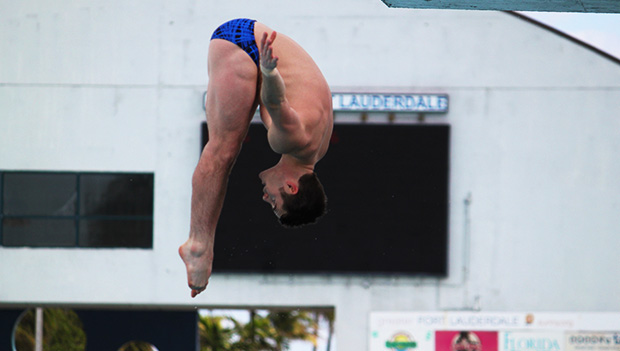 American diver David Boudia is no stranger to the Summer Olympics. In fact, he first represented Team USA at the 2008 Olympics in Beijing.

Boudia followed up his debut by winning gold in the men's 10-meter dive at the London Games in 2012. With a gold medal victory under his belt, he'll be entering this summer's competition in Rio de Janeiro with a little extra pressure.

"There's a little bit more of a target on my back going into this Olympics than there was last time," Boudia says. 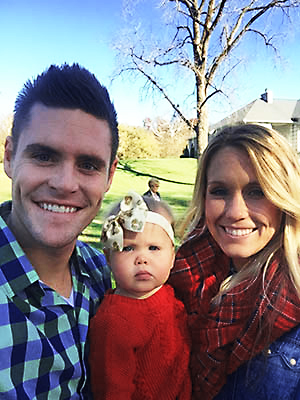 Fortunately, he found a secret weapon to help him prepare this time around: his 18-month-old daughter, Dakoda.

"Before I go to train I normally do a little stretching routine in the house, and I try to involve Koda with that," Boudia says. "I put her in front of me, and we do neck rolls and arm swings. It normally turns into her trying to tackle me or something like that."

While stretching with his daughter may not exactly give the two-time Olympian an edge over his competitors, he says becoming a husband and a father has changed the way he mentally approaches competition.

"In 2008, my pursuit was all about what I wanted," Boudia says. "It was all driving to myself and my own selfish desires of wanting what I wanted."

But after missing out on the podium at the Beijing Olympics, Boudia's perspective started to shift. While attending college at Purdue University, he got in touch with his faith and met his now-wife, Sonnie.

Boudia found that seeking joy and satisfaction outside of his competitive endeavors provided him with the balance he needed to perform at his highest level. After winning the gold medal in London, he and Sonnie married later that year, and they welcomed their daughter in September of 2014.

With the 2016 Olympics rapidly approaching, Boudia says he's excited to share the experience with his new family.

"This Olympics will definitely be a lot different than the other two, because now it's not just me flying solo," he says. "I have a wife and now a daughter to come home to." 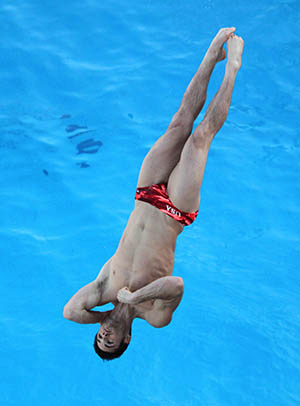 With his daughter in tow this time around, Boudia says another aspect of his approach has changed: his visualization.

He used to visualize himself executing a perfect dive and then imagine himself on the medal stand. Now, a new vision motivates him.

"One of the visualizations that comes to my mind a lot is being able to look up into the stands and see my little girl clap her hands and blow me kisses," Boudia says. "Four or eight years ago, I wouldn't have cared about that at all, but now that's my world. I love that."

Although he may be facing extra pressure this summer as the defending Olympic champion, knowing he'll have the support of his wife and daughter, whether he lands on the podium or not, puts everything into perspective.

"That's what I'm most excited about, to have my family right there beside me," Boudia says. "Whatever happens, that's not going to change."