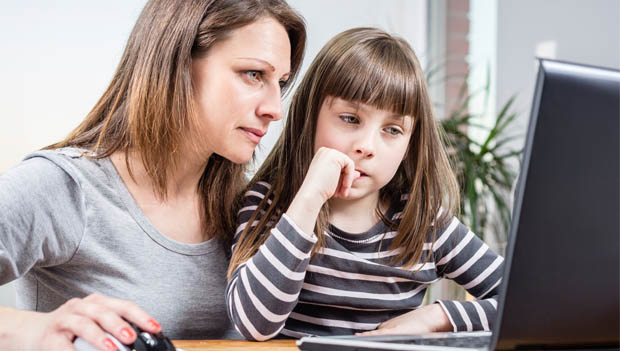 Growing up, I never went to summer camp. My dad was a teacher, so he had the summers off. I did a couple of short one-week sports camps, but nothing was a daily occurrence for the whole summer. When it comes to summer camps, I have no idea what to look for.

Now that my twins are school age, summer camp has become a necessity. With my husband and I both working full-time jobs, we needed to find a place our kids could spend the summer. And so began the search for just the right summer camp.

I searched online for local summer camps to see what was available.

Ask other parents about their experiences to get inside info on local camps.

I talked with other parents to see what their kids were doing for the summer and, in turn, ended up hearing good and bad stories about each camp. Hearing experiences from other parents is the best because you get the unfiltered version of what happens at the camp day after day.

One of my biggest fears was that the kids would just run wild every day with no structure or very minimal supervision.

Our main focus was to find a camp that would keep the kids active and social all summer long.

We wanted one that followed a hands-on educational focus, but also gave the kids a chance to try out new sports, activities and practice their swimming skills.

Once I found some options, I went to my kids. I wanted them to have a say and know how they would be spending their summer.

"My son's initial reaction was excitement. He had visions of actually camping. In a tent. For weeks."

My son's initial reaction was excitement. He had visions of actually camping. In a tent.  For weeks. With mom and dad.

My daughter had the same thoughts and began to cry. She didn't want to be gone from home for weeks. Obviously, we had some explaining to do.

The Pitch: Round Two

I showed the kids promotional videos produced by the camps. We talked about how the camp would be like going to school each day, that Mom and Dad would pick them up at the end of the day, and all the fun activities and new friends they would make.

Once we talked about the fun opportunities, my son was still thrilled and now, so was my daughter.

For now, the summer camp jitters are gone (at least for the moment). The first day will probably bring them back, but I'm sure they'll settle in and have a memorable summer thanks to their first camp experience.

Find summer camps near you.