What You Need to Know About Your Child's Mental Health 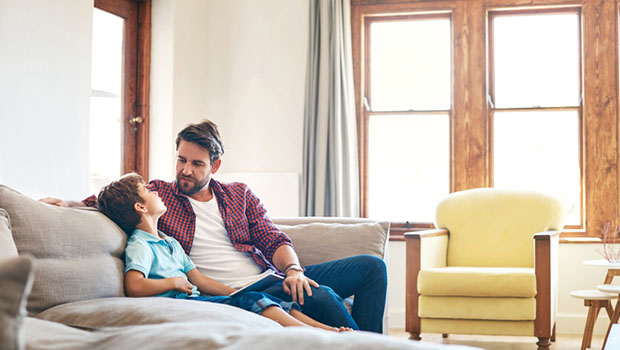 Fact: According to the National Institute of Mental Health, one in five  children ages 13 to 18 have, or will have a serious mental illness. The Child Mind Institute sums up this statistic in a broader sense: 17.1 million children have or have had a mental health disorder, more than the number of children with cancer, diabetes and AIDS combined.

Despite these numbers, the majority of children and teens go without proper diagnosis and treatment, which leaves many people wondering why this vulnerable population goes unnoticed.

While it's difficult to know the exact reason why kids and teens are not receiving the attention and services they should be, Dr. Jenny Yip, Psy.D., ABPP says part of the reason is a lack of awareness. Dr. Yip mentions another factor is the tremendous stigma surrounding mental health in general, especially with children.

"Many children want to hide their feelings from others because of shame and embarrassment, and sometimes, even when a child exhibits problematic behaviors, many parents will ignore the signs hoping it could just be a passing phase," explains Yip.

She also points to the lack of awareness among treatment professionals. "Unfortunately, pediatricians do not receive training in mental health issues and rather than referring a patient to a psychiatrist or psychologist, some pediatricians prescribe medications themselves," she says.

The Importance of Early Intervention

"Early intervention is so important because it's much easier to learn the skills to manage a mental illness at a young age before symptoms become increasingly worse over time," says Yip.

Plus, the earlier treatment begins, the more effective it can be. "Addressing mental health issues early can save a child from long-lasting problems as they grow into adulthood," she adds. When a child fails to receive treatment early in life, they are not able to learn the skills to adapt to or manage their stress and anxiety. This lack of knowledge can make issues like anxiety increase in intensity, which debilitates more areas of a child's life.

The lack of awareness about mental health issues in children combined with the intense stigma that often goes along with talking about these concerns prevents many children from speaking up about the help they desperately need. That's why it's crucial for parents and other caregivers to know how to identify signs of mental illness in their children.

While there are several behavioral changes that can indicate a problem, Yip says these signs are reason for concern:

A few warning signs that your child may be struggling with a mental health issue include:
• Changes in appetite or sleep
• Withdrawals from social situations
• Self-destructive behavior
• Repeated thoughts of death
• Problems that occur across a variety of settings
• Exhibiting feelings of sadness, hopelessness and a loss of interest in friends or things they once enjoyed

Yip says the most important thing parents can do is to seek help. Start by exploring resources online that have credible information about mental health, including the ADAA website, the International OCD Foundation website, the Child Mind Institute website and the Renewed Freedom Center website. You can also ask your child's teachers if they've observed any changes in behavior.

Yip says if you're concerned about your child, talk to your child's doctor or seek out a licensed mental health professional for guidance. "Sometimes, a problem may just be part of the regular ups and downs of growing up, but if you see consistent warnings signs, don't hesitate to seek out help," she explains. "Recognize that caring for your child's mental health promotes their overall well-being and encourage your child to talk about his or her emotions and concerns," she adds.