When to Let Kids Quit 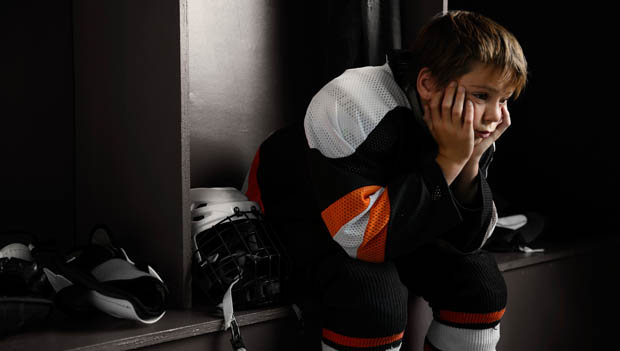 To quit, or not to quit; that is the question. Actually, the question is: should you let your child quit an activity and set them down a path of laziness and frivolity that results in them living under a bridge? OR do you make them stick with an activity they hate, therefore breeding resentment that results in your child writing a book about their upbringing called, "Keys of Sadness, Keys of Pain: How I Relieved the Stress of Being Forced to Take 10 Years of Piano by Murdering My Family."

Like many parents, I encourage my kids to take part in activities outside of school. It's important for kids to try new things, learn more about their likes and dislikes and allow them to explore interests that may become passions. And most of the time, it allows me to sit quietly for up to an hour. And that is beautiful.

The tricky part for me is, what do I do if they don't like it and want to quit?

On the other hand...

I want my children to have enough self-respect to know that whether it's needlepoint or a marriage, they have the right to end something that brings them misery.

Whenever this issue comes up for me as a parent, I find myself torn between the values my mother instilled in me and my gut reaction, which tends to be, "You don't like it? Fine. We'll stop. No biggie." Does that mean we don't have a serious discussion about their decision? No. It's important to find out if there is a reason beyond, "I don't like it." For example, maybe there is a kid in the class who's being mean to them (If I need to give a first-grader some side-eye, I want to know it).

There are a few important factors that play into whether or not I allow my kids to quit an activity:

In the end, I don't think quitting is always a bad thing. Quitting is a way of saying, "I care about myself and my feelings, and I don't want to spend my time doing something that makes me unhappy," and I am all for that. I want my children to have enough self-respect to know that whether it's needlepoint or a marriage, they have the right to end something that brings them misery. As one friend said, "There are plenty of other opportunities in daily life to teach kids about sticking it out."

Life is rarely that easy or straightforward, of course; it's not always possible to quit things that don't make us happy. As another mother said, "I tell them if I quit everything I didn't love doing they wouldn't have any clean clothes or dinner on the table."

So what's the right answer? I don't think there is one. As with most parenting decisions, we'll just have to wade our way through it and hope we get lucky. Let's talk again in twenty years—we'll compare the number of bridge-dwellers to serial killers and figure it out then.