Why to Register Early for Summer Camp 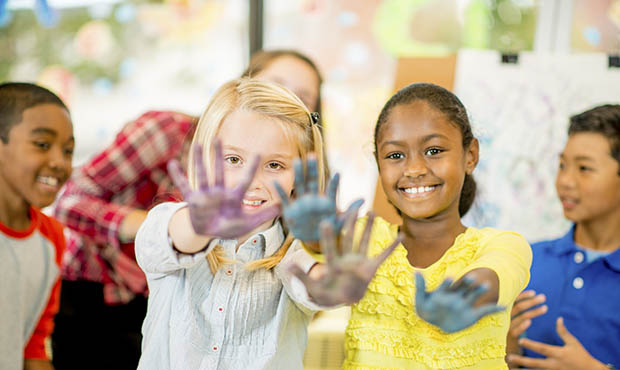 There's no such thing as being too prepared as a parent. Deadlines for school, extra curricular activities and camps come and go in the blink of an eye, so you can never check things off your to-do list too early.

For parents hoping to have a calm, relaxing and productive three months of summer, it's never too early to start thinking about your plans—especially if those plans involve summer camps.

According to the American Camp Association (ACA), which requests statistical information every fall from camps across the country, enrollment numbers are holding steady. For many camps, registration totals are actually on the rise.

In other words, summer camps are booking up quicker than ever. Here's why you should register your kids early.

Children's camps have always held a special place in the American summer. Although nostalgia may suggest they're a thing of the past, camps have been steadily increasing for over a decade.

According to the ACA, 82 percent of camps reported their overall enrollment numbers in 2015 were either the same as the previous year or even higher.

In fact, almost half of the surveyed camps across the country (44 percent) reported that their enrollment numbers were the highest they've been in the last five years. Many of these camps are reaching total capacity before sessions even start, leaving them unable to take on more kids.

As summer camps grow in popularity, camp directors are offering incentives for parents to register their children early.

Of the many discounts that a camp can offer, such as financial assistance for an underprivileged child, a multiple session discount or a family discount, the most popular is an early registration discount.

According to the ACA, 61 percent of camp discounts in 2015 came from registering early.

Aside from the financial gains of registering your child earlier in the year, it's also important to remember that even though you might land a last-minute spot, popular activities and sign-ups often become filled the longer you wait.

Registering early gives your child plenty of options, as they don't have to worry about certain camps reaching capacity.

Should you miss out on your top choice this year, not all hope is lost.

The ACA reported that a small number of camp directors—specifically those at not-for-profit camps—had lower enrollment numbers. These camps may not have the resources to market or advertise their facilities as well as others, but the overall experience is often just as fulfilling.

Whether you're interested in a specific camp, location or class, registering early will likely ensure your child has the best chance of getting in, save you money, and give you peace of mind this summer.

Find summer camps near you.

Jackie Veling is a past Senior Editor at ACTIVE.com. She’s passionate about overall wellness and body positivity, and her favorite way to stay active is through running. You can follow her on Twitter.

Jackie Veling is a past Senior Editor at ACTIVE.com. She’s passionate about overall wellness and body positivity, and her favorite way to stay active is through running. You can follow her on Twitter.