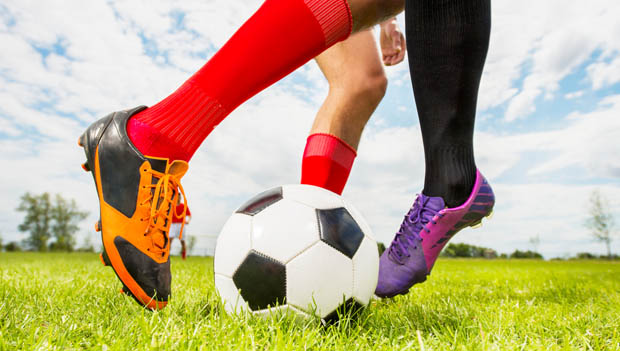 Soccer is one of the most popular sports for kids of all ages. A game of soccer consists of constant short bursts of speed followed by agility skills.

In soccer, agility training builds on a player's balance, foot and body control, as well as coordination of running and handling the ball up and down the field. A good soccer player needs to be able to stop, turn, change direction, sprint and stop again for the duration of a game—all while handling a ball.

When performing soccer agility training, the key concept is form before speed. As form improves, speed will follow. The following agility drills will help kids of any age improve their soccer skills.

Jumping rope helps build foot coordination and speed. Two-footed jumps, single leg jumps and crossover jumps are the easiest jumps for all levels. If you don't have access to a jump rope, you can mimic the same action without a rope.

Start sideways at the beginning of an agility ladder laid flat on the ground. Right foot moves into the first box, followed by left foot. Right foot will lead all the way to the end of the ladder. Be sure you are placing both feet in each box. Repeat facing the opposite direction with your left foot leading.

Find soccer camps and clinics near you.