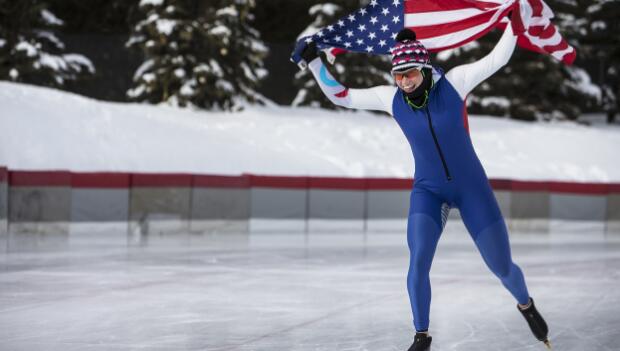 The first Winter Olympics took place in France in 1924, and for nearly a century now, athletes have converged every four years to compete in winter sports at the highest level. This year's games kick off February 8 in PyeongChang, South Korea, and if there was ever a time to let your kids spend some extra time in front of the TV, this is it.

Read on for 11 awesome reasons to watch the 2018 Winter Olympics as a family.

1. Catch a glimpse of life on the other side of the globe.

The 2018 Winter Olympic Games will be held in South Korea, an east Asian country on the Korean Peninsula situated between Japan and China. South Korea is known for glittering modern cities like its capital, Seoul, as well as for its lush, rolling countryside. As Olympic coverage offers panoramic views of the country's landscape, commentators will drop facts about a part of the world your family may have never seen. Your kids will learn a thing or two without even realizing it.

2. Introduce your kids to other cultures.

South Korea isn't the only country your kids will be introduced to during the Olympics. During the opening ceremony on February 9, athletes representing some 92 countries will wear culturally representative clothing and the media will run in-depth profiles. But of course, the cultural education doesn't stop there. Opportunities will arise throughout the games for the family to share relatable, teachable moments. To take the educational component a step further, try pulling out a map and locating each athlete's home country with your kids.

3. Teach the importance of perseverance and hard work.

One of the most inspiring aspects of the Olympics is that the athletes work for years, often without any reward or attention, to become the best at their sport. Some athletes overcome tremendous odds, fight career-ending injuries or make life-altering sacrifices to become Olympians. These champions personify perseverance and hard work, and your kids will be inspired to watch them in action.

4. Expose your kids to new sports.

Depending where you live, football, baseball or another major sport may dominate the collective conversation, but the Olympics open up a whole new world of captivating possibilities. From ice skating to bobsledding to curling, it's great for kids to see the breadth and diversity of sport.

5. Show that winning isn't everything.

Most of the athletes that compete in the Olympics never make it to the podium. Kids will see the honor and pride in trying your best, even if you ultimately come up short of your goal. It's an important reminder that you can reference the next time your child feels upset about a personal disappointment.