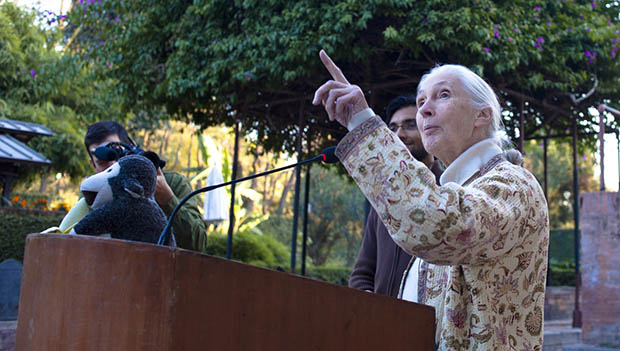 When working with a young scientist on their latest experiment or a young artist on a creativity streak, you might be left wondering what to do next to keep them inspired. Sharing the stories of others' success in these fields is a great option—but whose story to tell?

It's easy to find stories of men in science, as it was a viable option for them per societal norms no matter how far back you go. But when it comes to inspiring your young female scientist, future architect or author, you may have to do a bit of digging. Luckily, as soon as you start your search the list of women who pioneered great successes in the field is long.

We curated some of the top scientists and artists who have inspired others in our lives. From physicist Marie Curie who shed new light on the atom, to Zaha Hadid who designed some of the most influential and iconic buildings in the world, here are seven inspiring female figures in the arts and sciences.

Comment below and tell us your female inspiration that didn't make the list! Inspired by this list of women? Check out these great books for young aspiring artists and scientists.

"Nothing in life is to be feared, it is only to be understood. Now is the time to understand more, so that we may fear less."

This Polish physicist, famous for her work related to the radioactive elements, wasn't just a pioneer in her field but a pioneer for all women in science. She changed the way we looked at the atom, discovered new elements and paved the way for advances in medical treatment and technology. For this work, and her love and dedication to it, she became the first woman to receive a Nobel Prize in Physics. Later, she received a Nobel Prize in Chemistry, making her not only the only woman to have received two awards, but the only person to have received a Nobel Prize in two fields of science. She also was the first female professor at the University of Paris where she worked to inspire others in her field.

"The least I can do is speak out for those who cannot speak for themselves."

Perhaps one of the most famous women on this list, Jane Goodall has become somewhat of a cultural and global icon. She made a name for herself through her unparalleled chimpanzee research in Gombe Stream National Park in Tanzania in 1960. Goodall has continued her research for over 55 years, founding the Jane Goodall Institute and spreading the message of the importance of animal welfare and conservation. Like Marie Curie, Jane Goodall was also a parent, who balanced time with her child with her field work and research.

"Never interrupt someone doing something you said couldn't be done."

Inspired to fly at a young age, Amelia Earhart was more than just a pilot. She changed the way women were viewed in aviation, providing inspiration for others and paving the way for more women to fly inside the cockpit. She's most famously known as the first woman to fly solo across the Atlantic Ocean, but her career was unfortunately ended prematurely when she went unexplainably missing over the Pacific Ocean on her attempt to circumnavigate the globe in 1937.

"Personal happiness lies in knowing that life is not a checklist of acquisition or achievement. Your qualifications are not your life."

Widely known as her pen name J.K. Rowling, Joanne Rowling is the author of the best selling book series of all time, Harry Potter. In the midst of facing some low moments in her personal life, Rowling came up with the idea of Harry Potter on a delayed train, wrote it out on napkins, and seven years later, in 1997, the story was published. Her colorful and descriptive storytelling unveiled an entirely new world of thoughtful adventure to audiences around the globe, and she instilled a love of reading into generations to come.

Iraqi architect Zaha Hadid was one of the most prolific and influential architects in modern history, and arguably considered the greatest female architect of all time. Her style is unmistakable—she's known for playing with geometric shapes in her designs, creating structures and buildings that often feature sweeping, asymmetric curves. Her notable designs include the London Aquatics Center (used in the 2012 Olympic Games), the Guangzhou Opera House in China, the Extension of Ordrupgaard Museum in Charlottenlund, Denmark, and the Bridge Pavilion in Zaragoza, Spain. She has a few posthumous projects under construction, most notably the stadium that will be used for the 2022 FIFA World Cup in Qatar.

"The more clearly we can focus our attention on the wonders and realities of the universe about us, the less taste we shall have for destruction."

With the abundant environmental issues facing society today, marine biologist and conservationist Rachel Carson's outlook on ecology is more relevant than ever. Her book, Silent Spring, focused on the issues associated with synthetic pesticides, most specifically DDT. It created a nationwide awareness and consciousness of how our actions as humans impact the natural world, which ultimately led to DDT and other pesticides being banned. While not directly connected, her work led to the formation of the Environmental Protection Agency, which is still a major part of national dialogue today.

"Knowing is the key to caring, and with caring there is hope that people will be motivated to take positive actions. They might not care even if they know, but they can't care if they are unaware."

Many of us dream of a life of adventure, but very few actually live that dream. Sylvia Earle was one such woman. She's a National Geographic explorer-in-residence, and she has published over 150 publications on her ocean explorations and research. Earle, now 84 years old, is currently working with Mission Blue, a non-profit with a mission to "inspire action to explore and protect the ocean." While she has a whole host of accolades to her name, perhaps her most impressive is her award from Time Magazine in 1998: Hero for the Planet.

READ THIS NEXT: 7 Ways to Help Your Daughter Get Into STEM