How Many Summer Camps is Too Many? 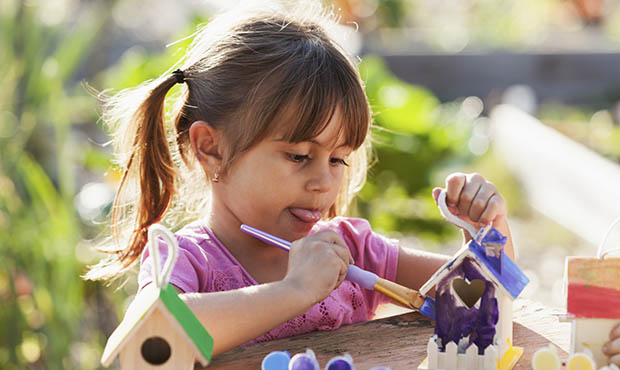 To me, parents who don't put their kids in summer camps are like unicorns: amazing, uncommon and a threat to my understanding of reality. The truth is that no matter how hard I wish for it, I will never be a unicorn.

I can imagine few greater challenges than being stuck with two eight-year-olds with nothing but time on their hands for three straight months.

Every spring, when announcements about summer camps start coming out, I stress about how many camps I should sign my kids up for. As a stay-at-home mom, summer camps are an essential and much-loved part of my June, July and August.

Most parents seem to take two approaches to this. There are some who get their kids in as many camps as possible—and probably draw from that child's college fund to do so. Then there are the unicorns who come back to school in September and say, "Oh, we didn't do any camps. We just hung out, went to the beach, spent time at the library, that kind of thing."

I am a mother who needs my children to be elsewhere from time to time.

It's hard for me to just sign their summers away, however, because I also have that sense of nostalgia for the summers I had as a kid in the 80's and 90's, when I spent my time doing a whole lot of nothing and enjoying every minute of it. I may not have gotten the sense of enrichment that comes with taking a two-hour pottery class at the Y, but I did learn every word to "Gonna Make You Sweat" by C&C Music Factory, so there's that.

Now that my kids are in elementary school, I've come to realize that my children will not have those kinds of summers—not just because Minecraft exists, but also because I am a mother who needs my children to be elsewhere from time to time.

Well, it turned out to be more trouble than I imagined. First off, each camp has their own set of items you need to bring with your kids on the first day. Some want you to bring snacks, and some don't. Some ask for sunscreen, and some provide it. Some expect kids to show up in sneakers, and some ask for something called "water shoes." Some ask your kids to bring water bottles, and others provide straws and access to a pond. It gets confusing.

Once you've figured out what that particular camp needs, you then need to slather each kid in sunscreen (which is a nightmare exactly 100% of the time) and, of course, drive them all over your great city. That summer was exhausting for me, and the kids were pretty worn out by the end of it as well. I decided that a summer with too many activities was not the way to go.