How This Kid Triathlete Fits in Homework, Training—and Feeding the Homeless 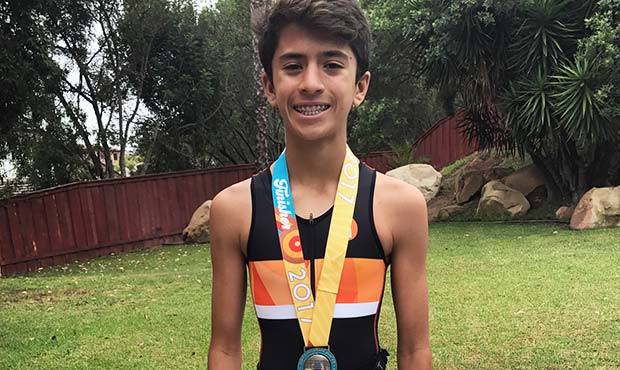 Kenan Pala is only 13 years old, but you wouldn’t know it by his impressive list of accomplishments.

At 11, Pala competed in his first triathlon. At 12, he set a Guinness World Record, while also donating 6,000 boxes of cereal to local food banks. And at 13, he founded his own registered nonprofit, Kids 4 Community, with his family and friends. There’s even an official Kenan Pala Day in San Diego.

It may seem like Pala has enough on his plate—did we mention he’s still in middle school?—but he has no plans of slowing down now. He’s currently working with Kids Tri Hard, a clothing company that makes kid-specific triathlon gear, and getting ready to host Kids 4 Community’s first 5K event, Bright Futures 5K, in March.

We talked to Kenan about how he manages his triathlon training and community service work, plus the reason behind his focus on homelessness and how other kids can get involved in their own communities.

ACTIVEkids: First things first, what inspired you to start competing in triathlons?
Kenan Pala: “My elementary school principal was an IRONMAN. My school always made sure to congratulate him when he’d completed a race. That really inspired me. Being able to bike 112 miles and then run a marathon, plus the intense swimming–it’s just incredible. He inspired me to start competing in triathlons, and my goal is to be able to complete my first IRONMAN in years to come.”

What distance do you compete in now?
KP: “I’m a sprint triathlete right now.”

Describe your training schedule.
KP: “I’m part of a team called Breakaway Training. My coach comes twice a week and there’s also a Sunday workout. I also have biking workouts that I have to do alone, as well as running and swimming workouts.”

Homelessness is a big problem, and from what I saw, we’re not really aware of it as a community. I just wanted to do something.

How did you become interested in the issue of homelessness?
KP: “My dad and I were walking on the beach and we saw a sick baby seal. People were caring for the seal. They were calling the park rangers and animal shelters, and they were giving it blankets. It was just really nice.” 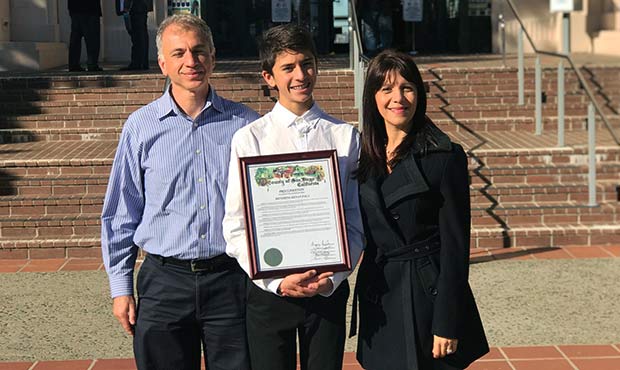 “Later, we saw a homeless person on the side of the road, who was also sick and asking for help. But instead of people helping him like they had helped the seal, they just passed by him and treated him almost as if he was invisible. Homelessness is a big problem, and from what I saw, we’re not really aware of it as a community. I just wanted to do something.”

Tell us a little more about how Kids 4 Community came to be.
KP: “It’s hard for kids to volunteer. There are sometimes mandatory orientation hours and age restrictions, and I just really wanted to start a nonprofit where anyone of any age can volunteer if they’re passionate. Kids 4 Community pairs kids with volunteer opportunities here in the San Diego area, such as food drives and events that serve the homeless.”