There are generally two schools of thought on snow days, "Heck yes!" or "Oh, no!" And let's be honest, a parent's feelings on snow days has nothing to do with the actual snow and everything to do with where that parent is on their personal journey. Maybe you have a full refrigerator and a book that needs to be read, so a snow day sounds pretty great. Maybe you've been cooped up with your kids for days already and you need to get back to work, so you'd rather have a truck parked on your foot than endure one more snow day. Here are some parents who know what we're talking about.

Even preparing for a storm can be annoying.
@DomesticGoddss

And no matter how much you prepare, you're unprepared.
@Does_This_Match

Nothing matches the feeling of hearing it's a snow day when you're a kid.
@LurkAtHomeMom

And this year, even kids in traditionally snow-free climates are getting in on the action.
@cheeseboy22

And kids aren't the only ones with joy in their hearts when the cancellation comes in.
@LifeUnPinterest 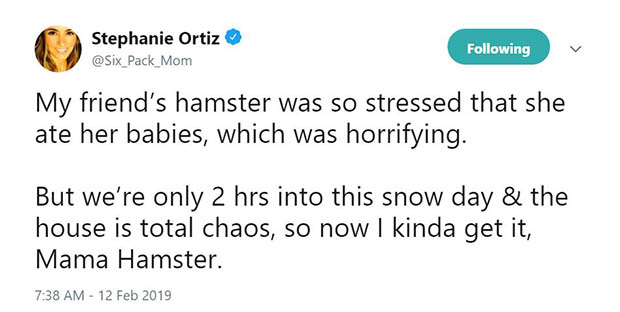 But not everyone is thrilled.
@Six_Pack_Mom

But not everyone is thrilled.

Some of those families who get a heads up the night before are doing it wrong.
@ksujulie 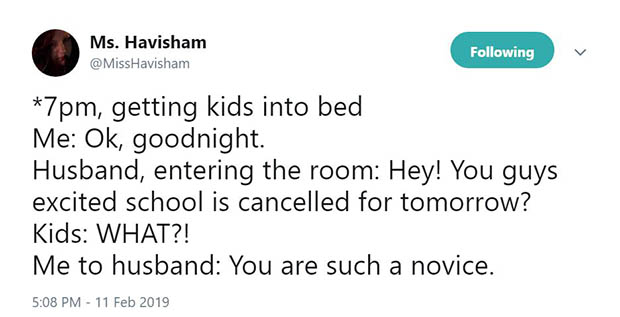 Say it louder for the people in the back.
@MissHavisham