Why I'm Happy That My Kids Hated My Sport 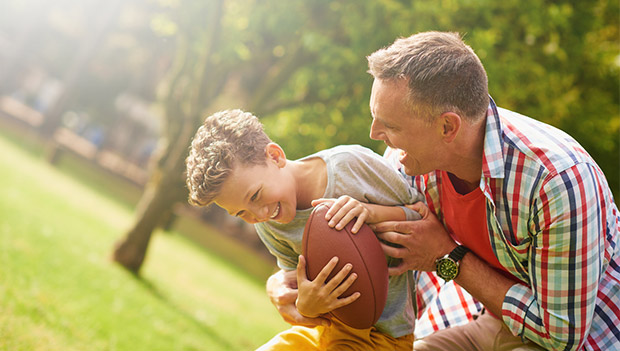 I was so young when I first learned to swim that I'm pretty convinced I was born with the ability. I started summer swim team  at 5 years old and year-round practices at six. I wasn't an Olympian, but I loved it. I swam for my high school, worked as a lifeguard and played club water polo in college.

When I had kids, I naturally assumed they would be swimmers. I imagined we would share stories of meets and bond over pre-race jitters and the smell of chlorine. What could be better than watching your own kids participate in a sport you loved? I couldn't wait.

But then the unthinkable happened—my kids actually hated swim team.

They have both chosen their own sports paths and I love watching them, but if I'm being honest, for years I was nostalgic about what might have been. I was completely ready to spend endless hours by the pool on Saturdays just to watch them swim for four minutes. As a parent, it's both fulfilling and heartbreaking to watch your child casually reject the sport you dedicated so many hours to.

What Happened When They Tried My Sport

My kids love to swim. They like lakes and pools and waterslides and rivers. It's just competitive swimming that they hate. They joined a summer swim league for one season, mainly because I made them. (In my defense, it was mostly for safety—and maybe the misplaced hope that one of them would take to it.)

My son disliked waiting hours for his events and got disqualified, a lot. My daughter thought it was too solitary. I suggested embracing the quiet, using it to think or dream. Her answer: "Why?"

That was the end of swim team.

My son played every rec sport offered, plus a few non-traditional ones as well. He loved soccer the most because of the constant running. As he said,  "Why play a sport where you stand still?"

Like lots of little girls, my daughter fell in love with gymnastics. She joined a team and spent hours in the gym—eventually too many hours. She decided she wanted a sport that allowed her more free time. She surprised me and also chose soccer, because she liked the teamwork, the technical skill and the fact that she could talk to her teammates on the field.