Basketball Drills to Make Your Kid a Lockdown Defender 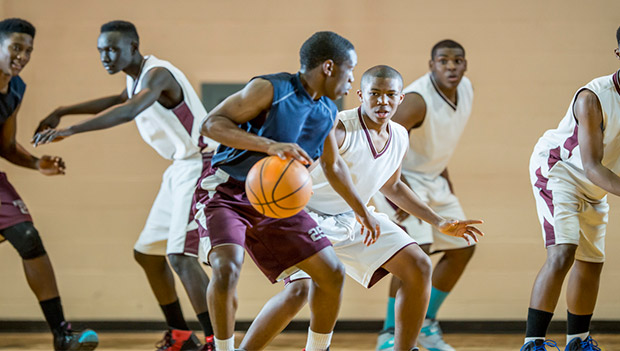 One of the most underrated skills at the youth level in basketball is defense--probably because defense doesn't get you an endorsement deal or a nickname like "The King."

Being great at defense won't get you on the cover of Sports Illustrated but that doesn't mean it isn't a valuable skill. The best NBA players are truly masters of all trades. Defense is all about hustle and effort, meaning even the worst shooter can be a disrupting force on the court.

These drills will help players improve their defensive footwork, positioning and technique, while encouraging them actually enjoy preventing their opponent from scoring.

"I Want to Play Defense!"

This drill can be played three-on-three, four-on-four, or five-on-five with a half or full-court set up.

Divide into two even teams and determine which team begins on offense and which team begins on defense. In this game, only the defensive team can gain points, which are awarded for forcing turnovers or securing defensive rebounds. If the defensive team successfully gets a stop, they remain on defense and attempt to accumulate more points until reaching the pre-determined winning point total.

If the offensive team gets a basket, or if the defense commits a foul on an offensive player, the offense and defense switch.