How to Talk to Your Kids About Underage Drinking 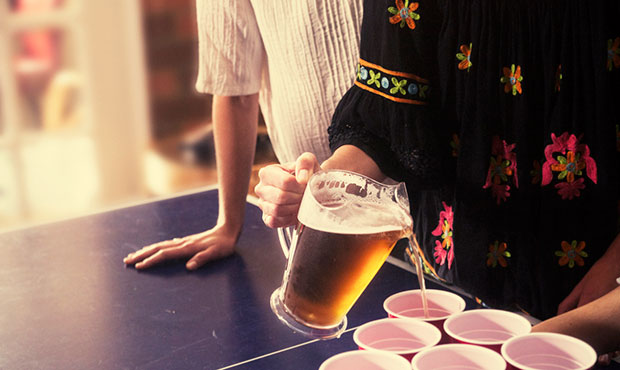 Being a parent is hard. There’s simply no other way to put it. We make decisions every day that either work in our favor or backfire—big time. But regardless of our win-loss record, there are simply times when we can’t afford to worry about how difficult something might be, especially when it comes to our kid’s safety.

One topic that comes up often for parents is underage drinking. A recent survey commissioned by Ask, Listen, Learn: Kids and Alcohol Don’t Mix, a program from the Foundation for Advancing Alcohol Responsibility, asked parents of children ages 10 to 17 how—and when—they are having conversations about underage drinking.

While the survey found most parents are talking to their kids about alcohol consumption, they are not talking enough about why underage drinking is harmful. If you’re not sure how to approach this issue, or if you’re confused about what to say, Dr. Deborah Gilboa, M.D., a family physician and youth development expert, provided four important tips that can help you get the conversation started.

Have conversations early and often.

It may feel counterintuitive to talk to your 9 or 10-year old about drinking, especially if they haven’t been exposed to alcohol, but Gilboa says this is the exact time to start having these conversations. “At this time, kids are becoming very curious about their growing bodies and brains and are open to learning about how alcohol can impact both,” she says.

In fact, according to data from the National Institute on Drug Abuse’s 2017 Monitoring the Future survey, 23 percent of eighth graders have reported drinking alcohol in their lifetime, which increases to 42 percent in tenth grade and 62 percent in 12th grade. “As kids transition from middle school to high school, their chances of participating in underage drinking increase,” Gilboa says.

When you look at the statistics, it’s easy to see why talking with your kids about the dangers of alcohol should not wait until they are older—the sooner, the better.

Focus on the brain.

Kids are always asking questions that start with “why.” That’s why adolescence and the tween years are a great time to tap into your child’s natural curiosity about their body. Gilboa suggests using this opportunity to teach children about a healthy lifestyle that helps their body and brain work to their full potential.

When you consider that adolescence includes critical phases in brain development, it makes sense to focus on the impact drinking has on your brain. However, the Ask, Listen, Learn survey found that 40 percent of responding parents did not note brain health as one of the most important reasons to avoid underage drinking.

If you’re not sure how to start these conversations, check out the series of animated videos Ask, Listen, Learn created to teach kids about how alcohol impacts the brain.

According to Gilboa, talking about alcohol with your kids needs to be a two-way discussion in order for it to be effective.

Before you dive into a lesson, ask your children what they know about alcohol and what they’ve noticed in the media or in their community. “This will allow you to learn what your kids already know and what they don’t,” she says. “Listen to their answers, and then add your insights.”

Be honest about your own drinking behaviors.

If alcohol is present in your home, it’s important that you model responsible drinking behavior. Even though alcohol is legal, kids still need to see the adults in their life making sound decisions when it comes to drinking. Gilboa says not only will this help create a platform for conversations with your kids, it will also shape their own attitudes toward alcohol as they grow up.

“You can set an example of responsible drinking by openly discussing who will be the designated driver when you’re going out or declining a drink at a party when you'll be driving home,” she says.

It’s also a good idea to talk to them about how drinking as an adult is a choice and a privilege, much like getting a driver’s license. It’s something to participate in carefully and responsibly. “Instead of avoiding the topic of alcohol in front of your kids, be upfront about the ways you are drinking responsibly and how that ties in with your family values,” Gilboa says.

READ THIS NEXT: How to Talk to Kids About Tough Topics