How Young is Too Young to Run a Marathon? 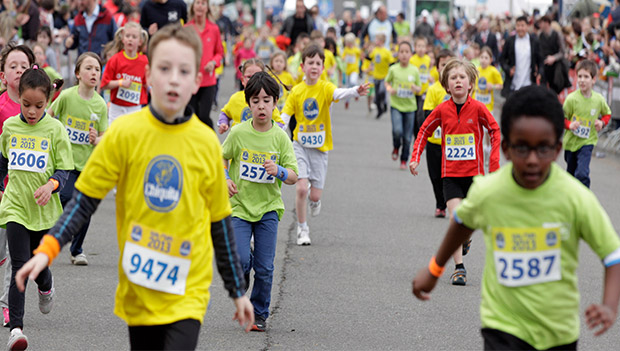 Like a college freshman trying to get into a nightclub, teenagers interested in running a marathon may find that their ID won't work.

A review of dozens of different marathons around the United States show that many of them put forth a requirement that runners be 18 years old. A few others set the bar at 16. A few more suggest 14 years old as the cutoff. A couple races don't have age requirements, but do require parental consent.

It begs the question: How young is too young to run a marathon?

It's a good question without a clear answer—as the varying age a requirement at well-known races proves.

"Someone can do almost anything," says Stephen Pribut. "But should you?"

Pribut is a doctor based in Washington, D.C., and an avid runner. He knows about all the reasons against minors running marathons, including:

If someone wanted to do a marathon at 16—OK. But do I think that should be a new trend? No, I don't.

The risks triggered a discussion by the International Marathon Medical Directors Association, which released a report in 2001 concluding that the marathon should be an activity only for runners 18 years of age and older.

"It is conceivable that given proper biomechanics and anatomy, a quality progressive training program, and appropriate maturity and cognitive level, a long distance runner can have a positive experience from participating in marathons prior to 18 years of age," the report stated. "This special individual would be the exception and not the rule."

Experts in the medical field have come forward to dispute the IMMDA's findings. Pribut, though, agrees with it--for the most part.